The 20th Century African American Civil Rights (AACR) Grant has been awarded to the City of Rock Island. The City in their application to the National Park Service, named the sub-recipients of this award to Pearson Consulting and QC PastPort. With this award, Pearson Consulting with the help of QC PastPort will develop a series of ten historical markers within the City of Rock Island focused on the Civil Rights movement from 1900-1970.

“Our focus is to communicate and educate anyone interested in learning the Quad Cities African-American story. This is a terrific opportunity for the younger generation to connect to unique and impactful landmarks through outdoor recreational resources. This includes being a part of the Mississippi River Trail, the American Discovery Trail and The Great River Rails Trail,” expressed Charles Pearson, President at Pearson Consulting.

The objective of the AACR Grant is to provide historic preservation resources to underserved communities through public education and volunteers who help document, interpret and preserve historic sites and stories associated with the full history of the Quad Cities African Americans. 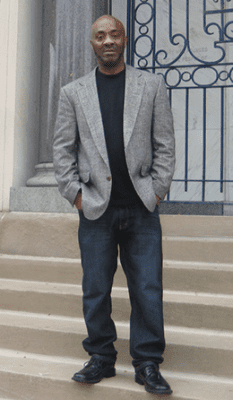 One of the many reasons this group in particular was awarded this competitive National grant is due to the qualifications of the members of the team.

This month, Pearson Consulting has been awarded a sub-contract to develop the Dubuque Black Heritage Survey Project in coordination with the City of Dubuque and Wapsi Valley Archeology, Inc. Pearson has also conducted summits, workshops, presentations and training on cultural heritage tourism and education.